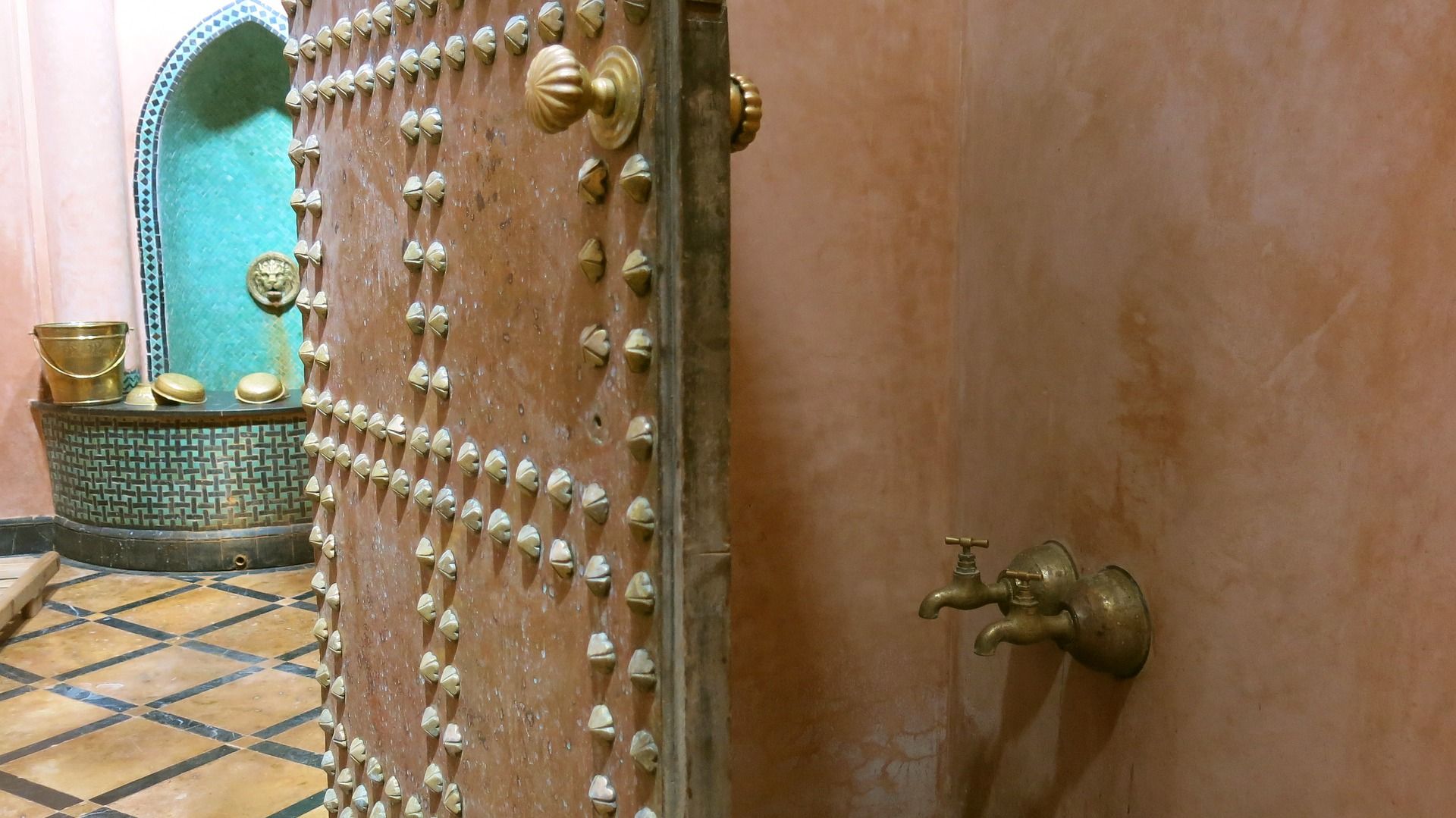 Your Guide To Hammam: Turkish Baths

So depending on the country where it is located, the hamam may feature marble interiors, domed ceilings, and flamboyant mosaic tiles on the floors and walls of the facility. If you want to try something rejuvenating, you may consider adding a Turkish bath to your must-try list. But before that, let’s learn more about the Turkish bath.

The History of Hamam

According to a legend, the Arabs heated the bathing facilities of the Romans by burning the Ptolemaic Library scrolls for seven months. When the Turkish kingdom expanded, the Turks also brought their baths with them. They built baths either as separate structures or annexes to buildings like mosques.

The hamam is a modest bathing facility with three rooms – the harrare or sıcaklık (hot room), ılıklık (warm room), and soğukluk (cooling room). After sweating and relaxing in the warm room, which is heated by warm, dry air, bathers will move to the sıcaklık to get a massage and body wash.

The sıcaklık is heated by a Roman-style hypocaust. They will then move to the soğukluk to socialize and relax. Food and drinks will be served too. If the bathhouse has a private chamber, the bathers could have a quick nap as well.

At first, Turkish baths only allowed men to enter the facility. Females were permitted to visit the facility after they’ve given birth or after recovering from an illness. In time, Turkish baths became an important social hub for women. And if their husband refused to let them visit the hamam, it could serve as grounds for separation or divorce.

As the empire expanded, Jews and Christians were permitted to use Turkish baths. However, Islamic law prevented them from using hamams without a distinctive sign to differentiate them from others.

Some baths required Jews to wear a calf-head emblem, while others required them to wear bells. Christians were also required to wear a cross in some baths. Religious tracts often compared the baths to hell.

Hamams and Ginns or spirits that can be fended off by quoting Koran texts were often mentioned in legends as well. Some bathing facilities were fond of Ginns, especially those that came out to recite poems to the bathers.

Steam Bathing for Everyone

Turkish baths kept the entrance price low so that everyone could visit the facilities. In some areas, the fee was set based on a graduated scope. Hamams were open from morning to evening.

During the off-hours, the town police would inspect the bathhouses to ensure that water was clean and that the facilities were washed often. Since a lot of people visited the facility before the first prayer call, the hamams had to start their business early. The baths were already open before dawn every day.

The hamams had a charitable aspect too. The baths often donated the entrance fees to mosques and schools. The wealthy people in town also sponsored the construction of new hamams.

The hamam is also known as the “silent doctor” among Moslems. According to co-ed clothing-optional and clothed bathhouse Archimedes Banya, renowned Arab scientist, and doctor Avicenna considered hamams as one of the best ways to improve one’s general well-being and health. Avicenna believed that regular visits to Turkish baths, physical exercises, and a healthy lifestyle would render medicine useless.

He also recommended Turkish baths as an effective treatment for nervous disorders, insomnia, digestive problems, paralysis, liver and kidney malfunctioning, low appetite, and other diseases. The high temperature inside the hamam warms up the body, causing you to sweat a lot. Sweating helps eliminate uric acid and toxins and hydrates the skin as well. This will make your skin smoother, younger-looking, and more elastic.

Thus, hamams are perfect for those with dry skin. Turkish baths also improve blood circulation and peripheral vasodilation, so it’s suitable for everyone, especially those with cold extremities. If you’re ready to experience the benefits of hamams, you can visit the “Ayasofya Hurrem Sultan Hamam” in Istanbul. The bathhouse is the apex of Turkish culture, steam bathing, and luxury, so don’t forget to include it in your must-visit list.

You have to consider some cultural practices before visiting a hamam. Take note that complete nudity is not allowed in hamams, so you should bring a towel when you visit a Turkish bath. Women should take off their garments, but they can choose whether or not to remove their undies under the peshtemal towel wrapped around the waist or torso. Men are also expected to take off their clothes and wrap the peshtemal around their waist.

Turkish baths have different rooms for men and women. Smaller hamams, however, may allow both genders to use the facility. The schedule for both genders will be different. So if you’re traveling with someone of the opposite gender, make sure you conduct some research before you choose a facility. Some bathing facilities also offer special services for couples.

These hamams have a separate room where you can enjoy a relaxing massage and full body wash. During this time, the masseur will ask for the permission of the male guest before touching his companion. Women should not remove their peshtemal if the attendant is a male. You should also have extra money when you visit hamams because you need to give a tip to your attendant.

A hamam trip is one of the best ways to relax, detoxify the body, moisturize the skin, and relieve muscle tension. Remember, visiting a hamam should be a relaxing experience. You can even spend your entire day in a Turkish bath if you want, so leave your worries behind and visit a hamam on your next trip abroad!